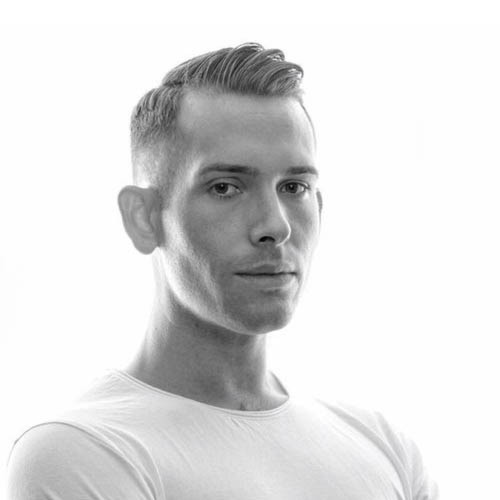 Paul Tate dePoo is an international scenic and production designer and the founder of Tate Design Group, establishing himself as “one to watch” in production and design. dePoo’s exquisitely bold and aesthetically balanced design aesthetic combined with his commitment to excellence and attention to detail helps bring the stage to life in each of his works. In 2015, the New York Times described dePoo’s design for R.B. Schlather’s production of the Handel opera Alcina as “ingenious.” Live Design Magazine also named him the “2015’s Designer to Watch“.

dePoo began his career assisting under the wing of Tony Award-winning designer David Zinn as well as Michael Cotton on the design of Michael Jackson’s This Is It at the O2 Arena in London. From there, dePoo went on to work on a number of award-winning productions including the Emmy Award-winning Lincoln Center production of Sweeney Todd, starring Emma Thompson; the 2014 Broadway production of Lady Day at Emerson’s Bar and Grill, which famously won Audra McDonald her record-breaking sixth Tony Award; and Anything Goes which was nominated for “Best Scenic Design“ at the 2011 Tony Awards.

Just prior to forming Tate Design Group, DePoo was an associate designer for Tony and Emmy-award winning scenic designer Derek McLane for over three years, adding Broadway productions including How To Succeed In Business, Nice Work If You Can Get It, Bengal Tiger and the Baghdad Zoo, Follies, and Tony Award-winning Anything Goes to his resume.

Most recently, dePoo designed the sets for the Broadway-bound productions of Titanic, Josephine and War of the Roses, as well the design for the world’s largest TED Talk event at the Boston Opera House. This summer, he will be designing the opening ceremonies for the MUNYs centennial celebration in St. Louis, the nation’s oldest and largest outdoor musical theatre where he previously designed Jesus Christ Superstar, Unsinkable Molly Brown, Young Frankenstein and, in 2019, Singin In the Rain and Jersey Boys. dePoo has taught and lectured at Yale University, Boston University, Penn State, and Rutgers University. He is a member of Lincoln Center’s Directors Lab and United Scenic Artists. dePoo earned his BFA in Production Design from Boston University.