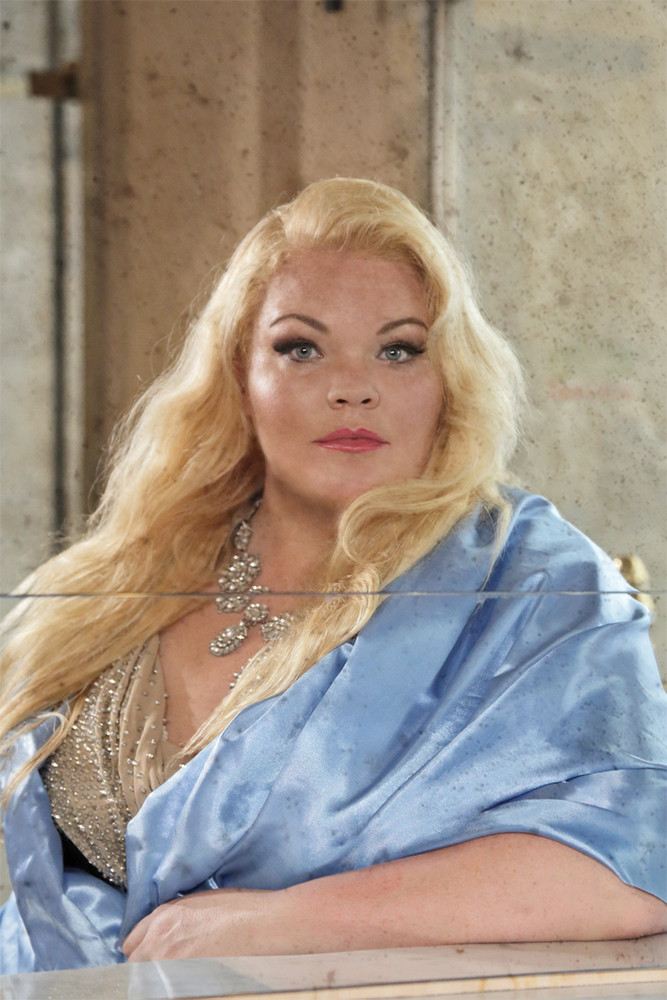 Courtney Mills started her career at the age of 23 on the prestigious New York stages of Metropolitan Opera and Carnegie Hall. A native of Illinois, she studied at the Interlochen Arts Academy. It was there that she discovered her life-long love for opera. While studying at Indiana University, Courtney Mills came as a guest student to the Salzburg Mozarteum and to Chautauqua, followed by studies at Metropolitan Opera Lindemann Young Artist Development Program, at Verbier Music Festival Young Artist Program and at Cardiff International Academy of Voice.

Ms Mills is equally at home on the operatic stage and the concert hall. Eclectic artist, she gives numerous concerts and recitals from the east coast of the US to Southern Africa, broadcast on radio and television. She participates in festival throughout Europe, such as the Verbier Festival, Salzburger Festspiele or Grachtenfestival in Amsterdam.

Tosca, Brünnhilde, Santuzza or Turandot, the soprano has a thousand faces. She is resident in Rome and has established herself throughout Italy: from Bari to Sicily, from Florence to Sardegna. In 2019, she sang the title roles of Puccini's Madame Butterfly and Wagner's Die Walküre at Teatro Petruzzelli in Bari. She played Elvira in Verdi's Ernani at Teatro Coccia in Novara, followed by Santuzza (Cavalleria Rusticana) in Viterbo in August 2020. Courtney Mills participated to the launch of Formula 1 in Italy as a response to the sponsor's effort program to support artists.