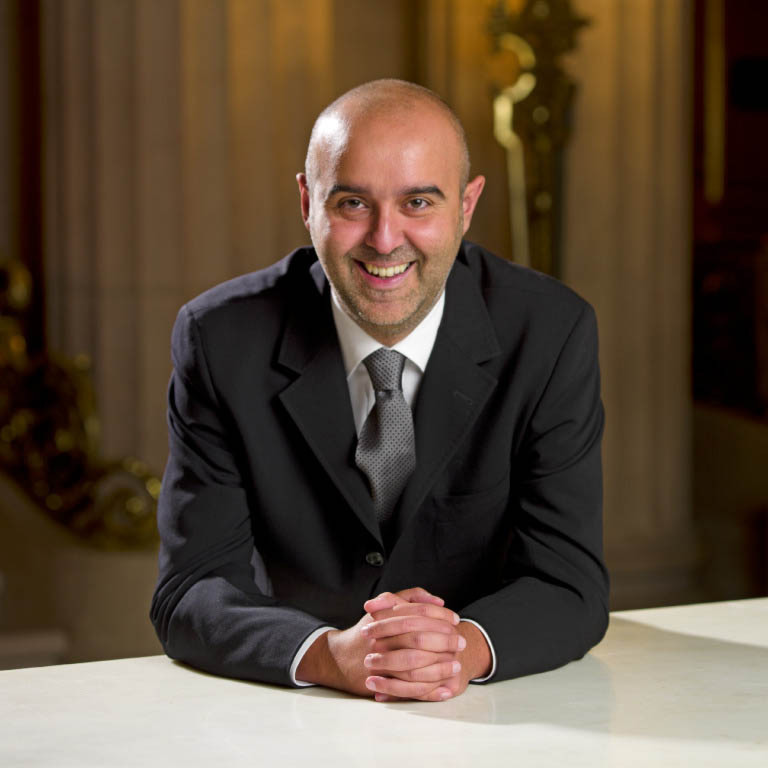 Giuseppe Finzi holds degrees in Piano (Conservatorio N. Piccinni in Bari), in Orchestra Conducting and Chamber Vocal Music (Conservatorio G. Verdi in Milan) and a Master in Conducting (Accademia Chigiana in Siena). After a long experience in the music staff of the Teatro alla Scala, where he worked alongside Riccardo Muti and the most important names of the international scene, Giuseppe Finzi started his career of conductor making his debut in 2003 with Tosca, which was followed by productions of La Traviata, L'Elisir d'amore, Madama Butterfly, Rigoletto, Carmen and Così fan tutte (the latter at the Piccolo Teatro-Milano with the soloists and the orchestra of the Accademia del Teatro alla Scala).

In 2008 he made his debut at the San Francisco Opera, conducting La Bohème, and began an important collaboration with this opera house, becoming Resident Conductor from 2011 to 2015. During the seasons at the San Francisco Opera he conducted, amongst the other: Aida, Turandot, Entführung aus dem Serail, Faust, La Fanciulla del West, Carmen, Tosca, Rigoletto, La Traviata, Madama Butterfly as well as series of symphonic concerts; in the latter seasons he conducted new productions of Il Barbiere di Siviglia, La Bohéme and Don Pasquale with great success both of critics and public.

In 2012 Carmen at the Deutsche Oper Berlin marked his German debut and the beginning of an international career followed by The Nutcracker and L’Elisir d’Amore at the Teatro San Carlo-Naples; new productions of Idomeneo at the Theater Lübeck; Rigoletto at the Teatro Massimo-Palermo; Madama Butterfly at the Teatro Petruzzelli in Bari; the return to the Deutsche Oper Berlin with Carmen, that he also conducted in Menorca; Il Barbiere di Siviglia and La Fille du Régiment at the Liceu of Barcelona; Il barbiere di Siviglia at the La Maestranza in Sevilla; Turandot at the Bregenz Festival; Nabucco at the Opéra in Monte Carlo; Les Pêcheurs de perles, Pagliacci e Il Tabarro at the Korean National Opera.

Recently he conducted the European Première of La Ciociara, contemporary opera by Marco Tutino, at the Teatro Lirico in Cagliari Madama Buttrfly at the Aalto-Musiktheater in Essen and a new production of Rossini's La Cenerentola in Ancona Les pêcheurs de perles at the Nice Opéra.

Future plans: Cavalleria Rusticana and Pagliacci in Genoa; La Bohème (in Oman) and La Traviata with the Monte Carlo Opéra; Madama Butterfly in Madrid and San Sebastian; La Bohème in Essen; Turandot in Darmstadt; series of concerts in Sevilla.