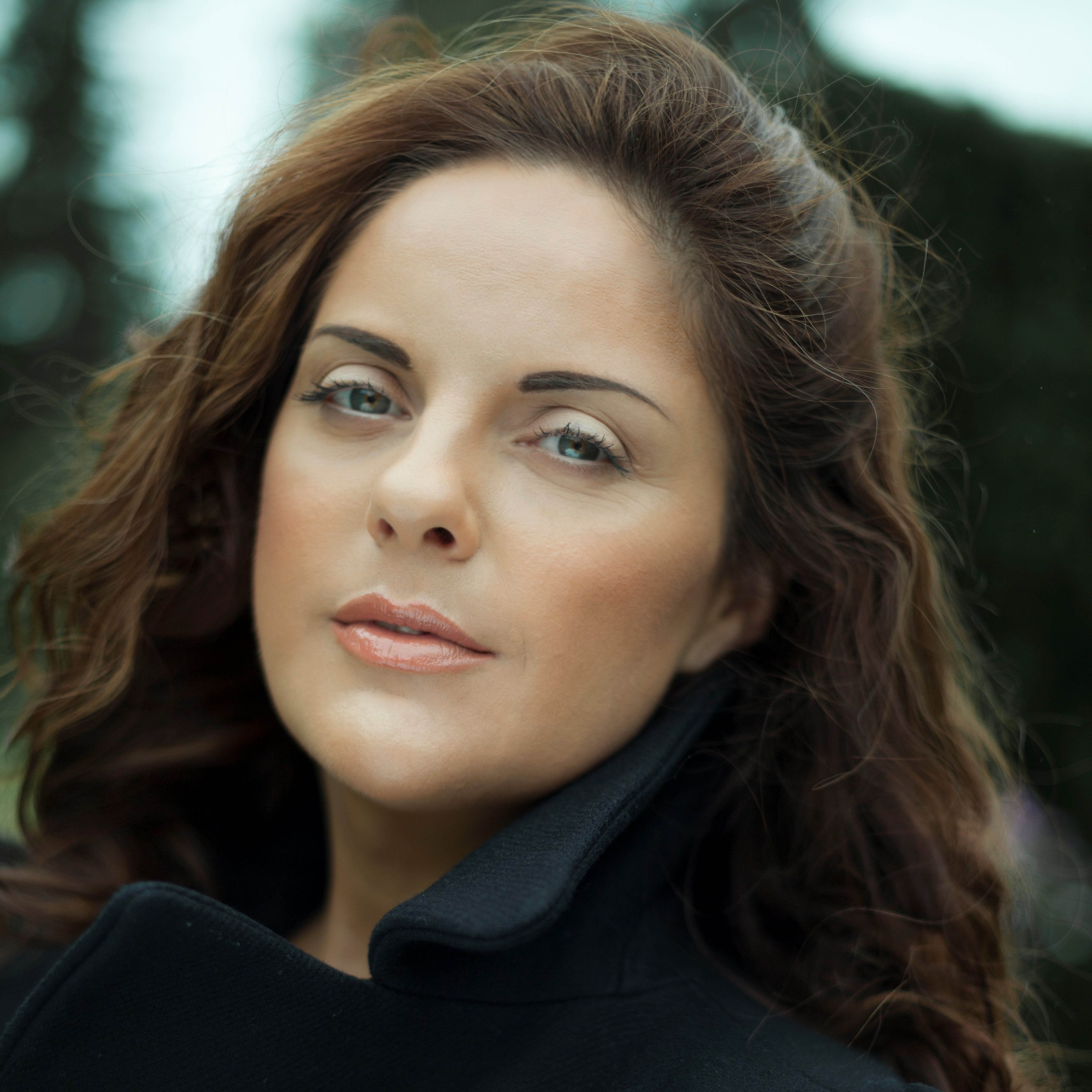 Celine Byrne is a lyric soprano from Kildare, Ireland. She received her Masters in Music from the Royal Irish Academy of Music in 2007, where she studied with Dr. Veronica Dunne, also receiving the RIAM award for outstanding achievement. In addition she has an honours Music Degree from the Conservatory of Music and Drama, Dublin, where she was awarded the college Gold Medal for excellence. She has received coaching at the National Opera Studio of London and has studied with Christa Ludwig at the Vienna Staatsoper.

In 2007 Celine was awarded the First Prize and Gold Medal at the Maria Callas Grand Prix, Athens. Other awards include the Margaret Burke-Sheridan Gold Medal in 2009, the William Young Prize at the Veronica Dunne International Singing Competition, Dublin 2007 and the ‘Brabants Dagblad Press Prize’ at the IVC International Singing Competition in s’Hertogenbosch, The Netherlands.

Now Celine is recognised nationally and internationally as one of opera’s great stars, a performer of 'fine lyrical quality and a touching actor', Celine made her operatic début 2010 singing the role of Mimi in La Bohéme. By 2012 she was to be heard at the Royal Opera House, Covent Garden in the lead role of Dvorak’s Rusalka which she took over at very short notice. Soon afterwards she was invited back to sing 1 Blumenmädchen in Parsifal followed by Micaela in Carmen and, in the seasons that have followed, she has performed extensively throughout Europe as well as in the United States, China, Russia and Mexico. Recent roles include Contessa Almaviva (Le Nozze di Figaro) Staatstheater Kassel; Cio San (Madama Butterfly) Moscow State Opera; Floria Tosca (Tosca) Mikhailovsky Opera, St. Petersburg; Die Marschallin (Der Rosenkavalier) and Marietta/Marie in Korngold's Die Tote Stadt Staatstheater Kassel; Liu (Turandot) Leipzig and Deutsche Oper am Rhein, Düsseldorf followed by Elizabeth in Verdi’s Don Carlo.

A frequent concert performer, Celine is very familiar to both Irish and international audiences and has also performed with world-renowned tenors José Carreras, Roberto Alagna and Joseph Calleja. Future and recent engagements include concerts with Josè Carreras in Europe, China and Russia, having performed her 30th concert with him at The Royal Albert Hall. Celine has also performed in concert with Bryn Terfel and recently sung with him and Borusan Philharmonic Orchestra conducted by Sasha Goetzel. Further projects include Elisabetta/Don Carlo in Leipzig, A Summer Gala with the Prague Philharmonic Orchestra in the Czech Republic under André Lenard; Richard Strauss’ Vier Letzte Lieder in Austria, a concert in Carnegie Hall, NY and a recording of Verdi's Requiem with the Prague Radio Symphony Orchestra conducted by André Lenard.